It’s OPENING NIGHT for PIPPIN, presented by Dallas Summer Musicals! In honor of the first evening of the show in Dallas, I thought I’d share some fun facts about the show before you come to see it on stage at the Music Hall NOW – July 19th!

FUN FACTS ABOUT THE SHOW 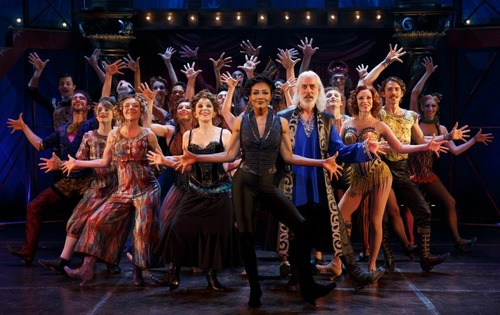 The Broadway cast of “Pippin,” above. Photo by Joan Marcus.

I hope you will join me and DSM as we close out our 75th Anniversary Celebration with PIPPIN! It will be a night of theatre you won’t forget! Tickets are on sale now. Just go to: http://tinyurl.com/og2sxh7.

Want a sneak peek? Check out this quick video:

I’ll see you at the show!