DALLAS SUMMER MUSICALS APPOINTS TOM WATSON AS CHAIR OF BOARD OF DIRECTORS   Dallas, TX (January 18, 2022) – Dallas Summer Musicals (DSM) has named Tom Watson as its Chair of the Board of Directors. Watson has served on the DSM Board since 2015 and has held chair positions on DSM’s Governance and Finance Committees…. END_OF_DOCUMENT_TOKEN_TO_BE_REPLACED

MUSIC, LYRICS & BOOK BY ANAÏS MITCHELLDEVELOPED WITH & DIRECTED BY RACHEL CHAVKIN “Hadestown is quite simply one of the most exquisite works of musical storytellingI’ve seen in my more than 25 years as a theater critic.” Charles McNulty, Los Angeles Times  Dallas, TX (Nov. 16, 2021) – Hadestown, the winner of eight 2019 Tony Awards® including Best New… END_OF_DOCUMENT_TOKEN_TO_BE_REPLACED 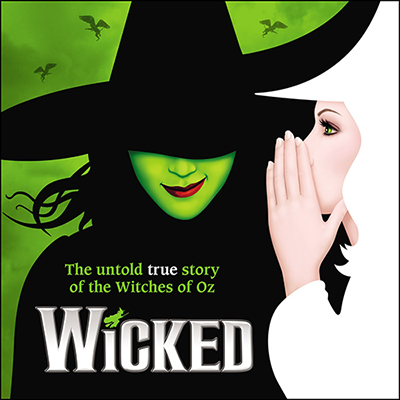 WICKED TO OPEN GERMANIA INSURANCE BROADWAY SERIES PRESENTED BY DALLAS SUMMER MUSICALS AUGUST 3 – SEPTEMBER 5 AT THE MUSIC HALL AT FAIR PARK WICKED WILL BE THE FIRST BROADWAY TOUR IN THE U.S. TO RESUME PERFORMANCES SINCE THE COVID-19 PANDEMIC SHUTDOWN BEGAN *          *          * TICKETS ON SALE FRIDAY, MAY 21     BY… END_OF_DOCUMENT_TOKEN_TO_BE_REPLACED