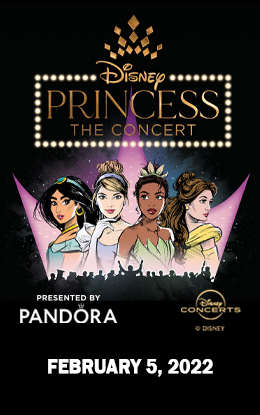 *Benjamin Rauhala and Adam J. Levy are currently scheduled to appear at all performances.

**All cast appearances are subject to change. 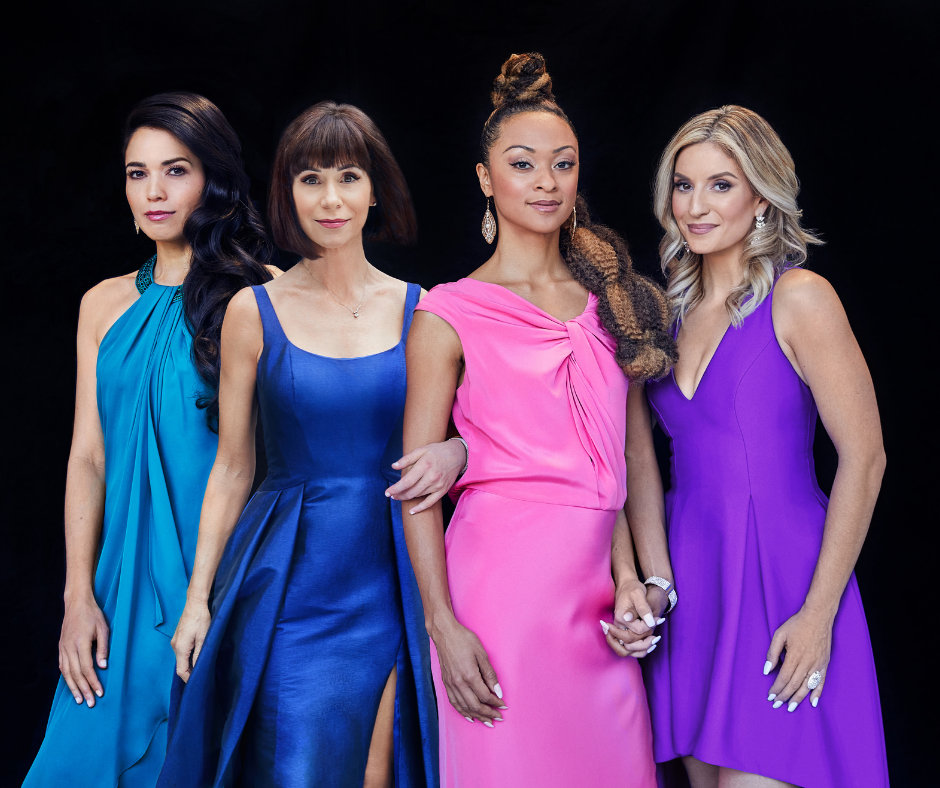 For generations, Disney’s Princesses have enchanted us with their courage and kindness. Their music has been the soundtrack to our lives. Now, for the first time in forever, that beloved music will be celebrated in Disney Princess – The Concert! “Be our guest” as an all-star quartet of Broadway and animated film icons celebrate all the Disney Princesses in an unforgettable evening of songs, animation, and stories, alongside their magical Music Director and enchanting Prince. Your every dream will come true as these acclaimed performers sing your favorite Disney Princess songs, and share their exclusive, hilarious and heartfelt behind-the-scenes stories from their time portraying princesses on the stage and screen. We invite you to become part of our world…dress up in your best royal attire and get ready for an unforgettable evening at Disney Princess – The Concert, presented by Pandora Jewelry

Age Recommendation: Disney Princess – The Concert is recommended for a general audience. As an advisory to adults who might bring young people, Disney recommends this show for ages 6 and up. All persons entering the theater, regardless of age, must have a ticket. 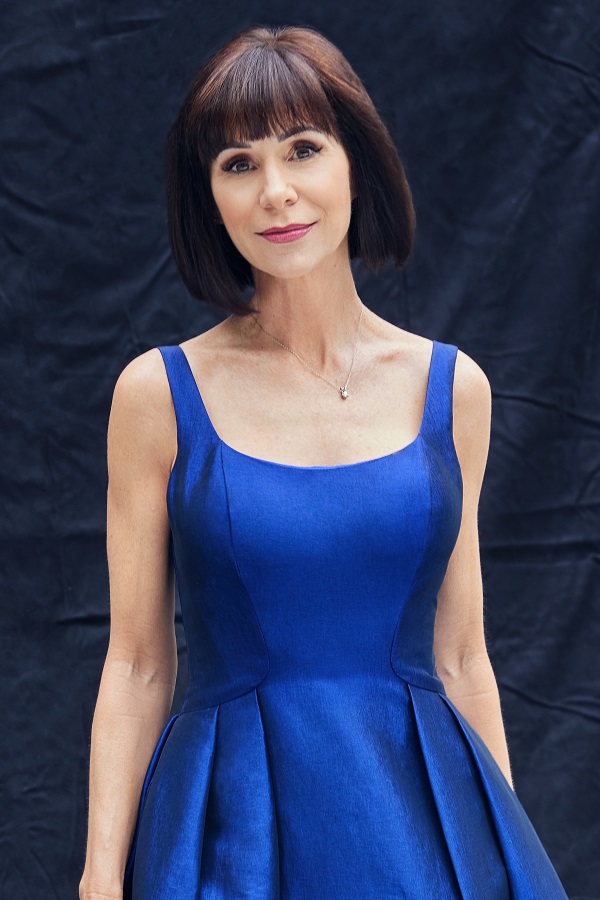 Susan Egan has made powerful impressions in theatre, film, television and music. She headlined on Broadway as Thoroughly Modern Millie, won critical acclaim as ‘Sally Bowles’ in Cabaret, starred in Triumph of Love and State Fair, and received Tony Award® and Drama Desk® nominations for “Best Actress” as the original ‘Belle’ in Disney’s Beauty and the Beast. Regionally, Egan starred alongside Carol Burnett in Putting It Together and Tommy Tune in the national tour of Bye, Bye Birdie, and developed works at Yale Repertory, Baltimore Center Stage, South Coast Repertory, and the Mark Taper Forum. Her film credits include 13 Going on 30, Gotta Kick It Up for Disney Channel, and many award-winning indies seen at Seattle Film Festival, Sarasota Film Festival, Slamdance, the HBO Comedy Festival and beyond. Susan has voiced leading characters in the animated features Hercules (Meg), Spirited Away (Lin), Porco Rosso (Gina), Lady and the Tramp II (Angel), has guest-starred this season on Disney Channel’s Amphibia, and spent the last 6 seasons on Cartoon Network’s Steven Universe (Rose Quartz/Pink Diamond). On television, she spent two seasons on the WB’s Nikki, recurred on Drew Carey and Almost Perfect, and has guest-starred on: Modern Family, House, Numb3rs, NYPD Blue, Arli$$, Party of Five, All My Children, Loving, Great Performances, and most recently the Disney+ series Encore. Susan has headlined with more than 60 symphony orchestras worldwide, including return engagements at Lincoln Center, Carnegie Hall, the Kennedy Center and the Hollywood Bowl, and has over 40 recording credits including her solo albums: All That and More, So Far, Winter Tracks, Coffee House (Best Vocalist 2004), Susan Egan LIVE, The Secret of Happiness and Softly. She is an accomplished master teacher in music performance, obsessive gardener, happy wife, and mom to two daughters, who ask her repeatedly to stop singing. @IAmSusanEgan 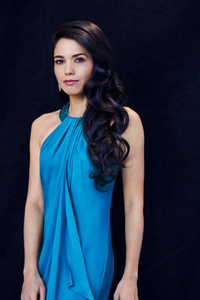 Arielle Jacobs most recently starred as Princess Jasmine in the smash-hit Broadway musical Disney’s Aladdin, and is set to lead the upcoming Off-Broadway musical Between the Lines based on the book by NY Times best-selling author Jodi Picoult. Known for her “songbird-like ability,” Ms. Jacobs made her Broadway debut starring opposite Lin-Manuel Miranda, playing Nina Rosario in the final Broadway cast of his four-time Tony Award® and Grammy Award® winning musical In The Heights. Praised as “compelling” and “radiant” by Variety Magazine, and her voice as “powerful” by The New York Times, Ms. Jacobs continued to wow audiences with starring roles in Wicked on Broadway, Rent (Mimi), Disney’s High School Musical (Gabriella), Two Gentlemen of Verona (Julia) at the Shakespeare Theatre Company in Washington DC, and Into the Woods (Baker’s Wife) where she performed opposite Emmy®-nominated actor Tituss Burgess. She has starred Off-Broadway in two world-premiere plays by Pulitzer-winning playwright and director Nilo Cruz, entitled Sotto Voce and Farhad or the Secret of Being (a one-woman show that was filmed for the Lincoln Center Public Library Archives). She had the honor to perform in the Guggenheim Museum’s “Works & Process” series, singing songs from a new adaption of George Bizet’s Carmen with the Tectonic Theater Project, under the guidance of Tony and Emmy nominated director Moises Kaufman. While her singing voice can be heard on film scores and on television, she has also performed onstage in many of America’s greatest concert halls (including Lincoln Center in NYC, The Kennedy Center in Washington DC, Symphony Hall in Boston, Yale Hall, the Saenger Theater in New Orleans, Kauffman Center, and many more) beside legendary artists such as Wynton Marsalis and the Jazz at Lincoln Center Orchestra, Damien Sneed, Chaka Khan, Teena Marie, and Stephen Schwartz. Ms. Jacobs soaring debut solo album A Leap In the Dark: Live at Feinstein’s/54 Below was released by Broadway Records. www.ariellejacobs.com. @ArielleJacobs. 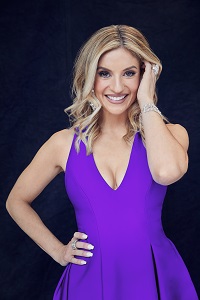 Anneliese van der Pol is a TV icon of the millennial generation, known for portraying ‘Chelsea Daniels,’ Raven-Symoné’s best friend, on Disney Channel’s record-breaking series, That’s So Raven and Raven’s Home. On Broadway, Anneliese was the final actress to play ‘Belle’ in Disney’s Beauty and the Beast alongside Donny Osmond, when it closed at The Lunt-Fontanne Theatre in 2007. Other NY and regional theatre credits include: ‘Kathy’ in Vanities (Second Stage) where she originated the song “Cute Boys with Short Haircuts,” ‘Millie’ in Thoroughly Modern Millie (Prism Theatre, TX), ‘Esther’ in Meet Me in St. Louis (TUTS), ‘Laurey’ in Oklahoma (Austin Musical Theatre), and ‘Eva Peron’ in Evita (Buena Civic Light). Anneliese has recorded numerous songs with Sh-K-Boom Records as well as her favorite single “Over It” with Radio Disney. @anneliesevanderpol 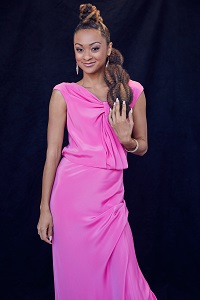 Syndee Winters made her Broadway debut as future-queen ‘Nala’ in Disney’s The Lion King – a role she reprised in 2019, when she had the honorable opportunity to meet Sister ‘Nala,’ Beyonce, in preparation of The Lion King live-action film. Syndee’s other Broadway credits include Motown the Musical, Pippin, and “working it” as all three Schuyler Sisters in the smash hit Hamilton. On television, she’s been featured on NBC Live Jesus Christ Superstar with EGOT recipient John Legend, and as ‘Ms. Smiley’ on Law & Order SVU, where she interrogated Lieutenant Olivia Benson (Mariska Harigitay) on her parenting methods! Inspired by the art of storytelling, Syndee’s latest writing project celebrates the life of American Icon, Lena Horne, in a one- woman play with music entitled, LENA: A Moment with a Lady. As a recording artist, she has written and released several singles, EPs, and her debut Jazz vocal album Lessons: From A Lady, inspired by Lena Horne, which is available on iTunes, Spotify, and all digital platforms. You can also hear her voice on tracks by artists such as Snoop Dogg, Big Daddy Kane, and Grandmaster Flash. Syndee’s dreams of teaching were realized when she founded ROAR School, which equips students to be Resourceful, Optimistic, Authentic, and Reliant. Through her instruction, young artists learn to adapt to any environment throughout their performing journey; combining creativity, discipline, and mindfulness, ROAR School has transformed the skills of students all over the world! @syndeewinters 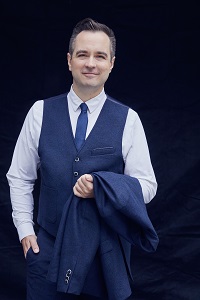 Benjamin Rauhala is one of the Broadway community’s most trusted music directors and collaborators. He was the Associate Music Director for the world premiere of The Secret Life of Bees at the Atlantic Theater, directed by Sam Gold, with music by Duncan Sheik. He worked on the music team for both Bartlett Sher’s Broadway revival of Fiddler on the Roof and the Broadway production of Duncan Sheik’s American Psycho simultaneously during the 2016 season. His off-Broadway credits include David Byrne’s Joan of Arc: Into The Fire at The Public Theater and the current revival of The Marvelous Wonderettes at Theater Row. He has toured the world as the music director for Jeremy Jordan, the Tony-nominated star of Broadway’s Newsies and The CW’s Supergirl. He also tours with Tony®-nominee Ariana DeBose, Nashville star Kyle Dean Massey, Hercules star Krysta Rodriguez, Jagged Little Pill standout Derek Klena and with Next to Normal Tony-nominee Jennifer Damiano. He previously served as music director for Hit List, the meta-musical from the NBC television show SMASH and is an Original Programming Producer at Feinstein’s/54 Below, where he has created dozens of sold-out concerts, including the Broadway Princess Party series with Tony-nominee Laura Osnes, and the Broadway Loves Series, that has famously honored Britney Spears, Demi Lovato, Selena Gomez, Celine Dion and many more beloved pop icons. @brauhala 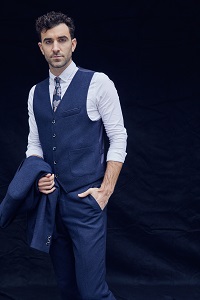 Adam J. Levy was last seen in the first national tour of Waitress. He is a proud OG member of Broadway Princess Party and a graduate of Pace University’s BFA musical theatre program. He appeared alongside Drew Gehling in the world premiere of the musical, Dave, helmed by Tina Landau at Arena Stage in Washington, D.C. His New York and regional credits include Fiddler on the Roof, The Light in the Piazza, A Chorus Line, The Way We Get By, Hairspray, Lysistrata Jones, and Merrily We Roll Along. He has also performed alongside symphony orchestras across the nation, including the New York Philharmonic and the Long Beach Symphony. Adam can be seen in the PBS documentary, Broadway or Bust, chronicling his journey at The Jimmy Awards in NYC. @adamjlev

Crystal Terrace at the Music Hall at Fair Park boasts sweeping views of the verdant lawns and cascading water features of our beloved, historic state fairgrounds. Our pre-performance buffets feature special items celebrating the heritage or locale of the musical you are about to enjoy in addition to the reliable standards on the permanent menu. Dramatically presented contemporary cuisine. Come share our passion for culinary arts and performing arts. Reservations are highly recommended.